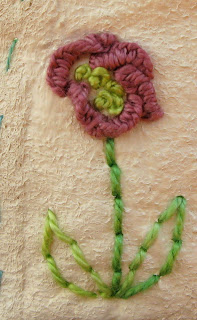 Take a stitch Tuesday - the stitch this week is cast on stitch. I've not done this one before in embroidery but I have used a similar stitch in knitting. It was not listed in my stitch book and I did it from memory after looking at Sharon's instructions so I hope I have done it right.
It is just a small sample as you can see, a flower but I have used other stitches too on the bowl [vase?receptacle?container?vessel?] which I made. 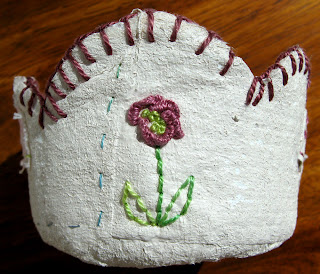 I made the bowl from recycled face wipes. My face wipes look pretty clean after I have used them as I don't wear make up so I thought I would experiment with them. After rinsing and drying I tore them into strips. I covered an empty bottle with cling film so that the bowl would be easier to remove when dry. I glued the strips over the cling film with PVA glue, overlapping them a few times. After drying I removed it from the support bottle and painted it - on the inside I used acrylics and on the outside I used emulsion paint for no particular reason except they were handy. But I did think that the acrylic paint would be harder to sew through. I trimmed the top with scissors then stitched around it. I added a few bits of lace, fabric and embroidery. If you want to make a bowl but don't use or want to use wipes, lutradur or evolon may be a good alternative. 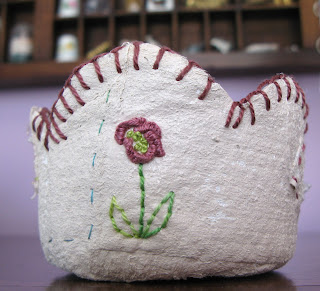 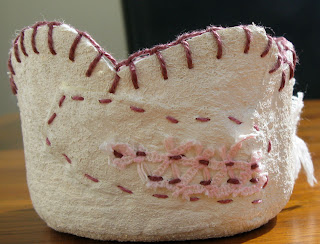 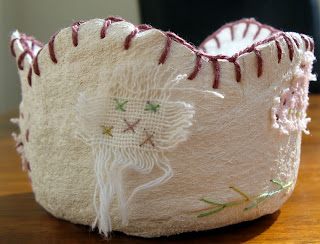 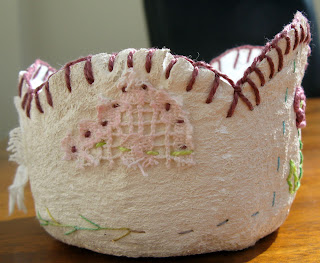 it looks a bit untidy on the inside, but that could be lined. 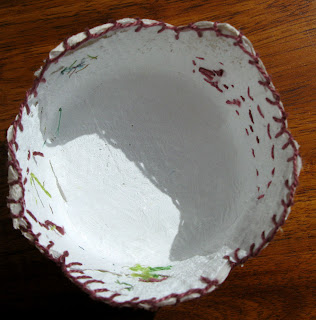 I drew this picture with the Olympics in mind. Pen and promarkers. The paper was white but it looks very blue. 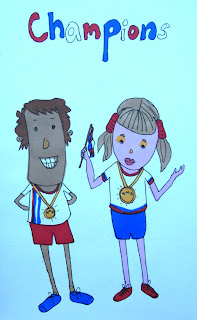 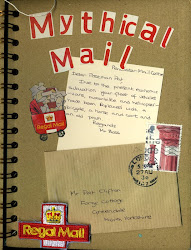 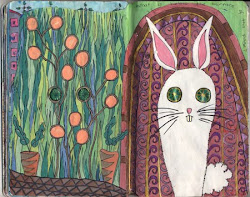